Effective Real Estate investing is about preparing for the next life event – WELL before it happens.  The common passages of time are marked by life events that help define the people we chose to become and the path we choose on our life journey.  Earlier this year I met with a friend who described to me that she was living a life that anyone would envy.  A happy marriage, financial stability, large cash balances in her savings accounts, million dollar real estate holdings for a retirement nest egg, a comfortable income from a good paying stable job with the city – she and her spouse were comfortable on every level.  At least – until it wasn’t.  In overnight fashion, the sudden passing of my friend’s spouse caused her world to turn upside down.  My friend, who held a good paying job used all of her income in which to live and pay monthly bills.  HOWEVER, all of the  couples real estate holdings were held in the name of an irrevocable trust.  For my friend, this was bad.  The irrevocable trust only named my friends spouse as the trustee and the spouses child (from a previous marriage) as the beneficiary.  My friend was not named in the trust anywhere!!!

While my friend’s spouse was alive they were fine.  The income from the real estate was accessible for any purposes that they chose.  But a minute after her spouse passed away, NONE of the real estate money could be accessed by my friend.  To make matters worse, the spouse had large quantities of unpaid credit card balances and taxes.  Any cash the trust owned disappeared to pay off debt.  Once the cash was used, and ALL of it was used, my friend was now on the hook to help pay off these expenses.  Within 30 days my friend found herself broke.  Fifteen days later she filed bankruptcy.

How could this happen?  Simple.  My friend was not listed as a Trustee or a Beneficiary in the irrevocable trust.  While my friend and her spouse were together life was very good.  The real estate was pouring out large amounts of cash flow in which to pay down the remaining real estate loans over their near 25 year marriage.  THESE HOLDINGS would be their nest egg.   And the day my spouse passed away, she would be blocked from ever accessing that money ever again.  As her family attorney explained it, this single life event triggered the ownership of the real estate holdings to revert to her spouses child.  Nothing in California law could give my friend access to that money.  IT ALL WENT TO ONE CHILD BENEFICIARY.  $$ MILLIONS $$.  A child that my friend had never developed a close and personal relationship with.  And as my friend found out at the reading of the will, and now an adult, cared about one thing only:  what was in it for them?   My friend was ordered at one point to leave the apartment that her spouse and she had shared throughout their marriage but an argument ensued and was eventually resolved.  The resolution created a lease that would allow my friend to remain in the apartment building, or at least until the day it might be sold.   Given the immense value of the apartment building and windfall the beneficiary stands to gain, that could happen any day now.  Worse, my friend is now on her own with no savings to fall back on.

This is why it is SO IMPORTANT to understand at every point in life, if the unexpected were to happen, what would happen next?  We invest in real estate because we want to be ready for the next life event BEFORE it arrives.

What life events have you planned for, or failed to?

Do you have a plan for the unexpected?

Questions about your situation?

I’m happy to address your questions or concerns at 310-850-5178 or buyorrentmyhomes@hotmail.com! 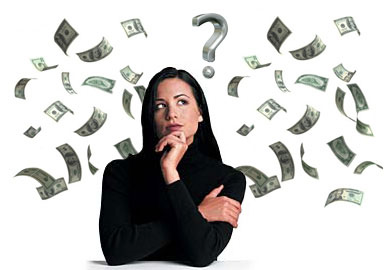 This question was posed to me this weekend when my son asked me how I do my job.  Working in real estate I work with people from all walks of life.  More recently I engaged services with graduate student name Maria (hiding her real identity).  Maria is a full time working professionals seeking a graduate degrees through night school and online learning classes.  Maria was very concerned about how the deferral of her student loans would impact her affording a new home.  This is not uncommon.  The government has reported student loan debt well into the trillions of dollars (https://www.forbes.com/sites/zackfriedman/2017/02/21/student-loan-debt-statistics-2017/).  When I asked about her plan to pay off her loans she answered that; “…hopefully when I graduate I will be able to apply for a higher paying job.”  This leant me to think about my conversation with my son.  In the 80’s an important job skill was resume writing.  In the 90’s job interviewing.  In the early 2000’s it was networking.  Although these all have importance I am learning that financially independent people learn how to creatively financially engineer every aspect of their lives.  New technologies with crowdsourcing in order to finance real estate, movie, even business acquisition and start up projects is only one example of creative financing.  Let’s also not overlook job skills as a fair “trade” to acquire a service or asset.  One example would be to take an equity position in the purchase of a house in exchange for providing services to remodel and oversee the construction of the house.  One partner buys the house and provides funding for the rehab costs while the other does all the work.  This is a strategy I recently used for a house purchase of a single-family remodeling project in southern California.  With my skills in sourcing materials and labor, my partner can focus on finding funding sources that ensure this project can be completed.  Over the next two weeks I will be discussing additional creative solutions to financially engineer real estate transactions.