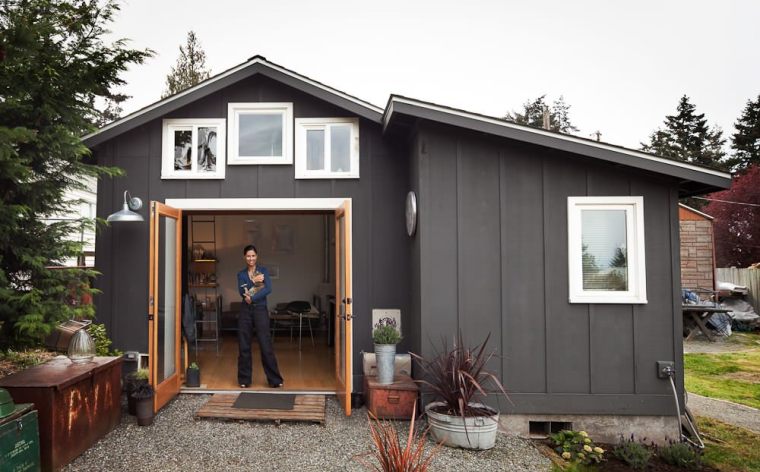 Although the concept of converting an unused garage into a livable dwelling is not a new idea, Gerry Brown signed the Wieckowski bill into law which actually promotes the idea http.  See http://bit.ly/2dSK7rc.  However if your conversion is not done right, not only can it be a disaster for your tenant, local laws can sting a homeowner financially.  In Los Angeles there are local housing laws like the Los Angles Rent Stabilization Ordinance that must be  followed in addition to state law.  One garage conversion I remember went so badly for the owner that they ended up paying over $14,000 to the tenant.  The situation was like this:  A new owner bought a property sight unseen in the city of Sylmar California.  The house was a 3 bedroom 2 bathroom with a detached garage in the back yard.  There were tenants living in the front house and the detached garaged which was converted into a 1 bedroom apartment.  The back tenant had a child who was getting very sick living in the back house because the ventilation was very poor in the bathroom.  Add that the front house tenant was also the previous owner who had been foreclosed and had not yet surrendered possession of the property to the new owner.  The previous owner was very upset about losing his house so he would let the 2 pit bull dogs living on the property roam the yard. Unfortunately for the back apartment tenant the dogs were unfriendly towards people so the dogs would intimidate and often try to hurt the back tenants. So now we have a back tenant who has a very sick child because of the ventilation problem and they couldn’t come and go as they pleased, essentially entrapped in the garage. Eventually I was able to negotiate with the owner to leave the front house (since he was living rent free from the resulting foreclosure) but the back tenant wouldn’t leave. As it turned out, she had hired an attorney who hired a professional licensed mold testing company who took samples throughout the garage and verified the existence of black mold spores. It wasn’t short after that the attorney wrote a letter to the owner stating that, under LARSO rules the owner MUST pay the tenant as much as $18,000 to relocate the family and even threatened with an additional $36,000 of health related damages suffered by the tenants child! Although the owners attorneys responded and disagreed with some of the claims, a settlement was quickly reached of over $14,000 in favor of the garage tenant. Although the previous owner had probably never foreseen the potential disaster that ensued, new home owners must be aware of how local laws can impact a planned garage conversion. Had the previous owner used sound building and construction practices, the ventilation issue would most likely not have been an issue and would not only have kept the family safe, but the new owner from having to pay a large settlement to move the tenants out.